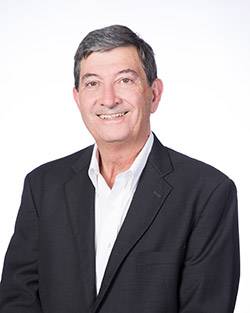 Today we’re going to talk about an important, often hidden, part of our team. The man behind the title work, who’s signature ends up on most of the paperwork, but our regulars have not met. Before he was “The Title Guy” he had a hand in several ground-breaking movements in Arkansas real estate law.

In 1987, Arkansas passed the Statutory Foreclosure Act. Charles Ward, our underwriting counsel and title expert, was the primary draftsman. This Act was a brand-new procedure for how to foreclose a mortgage, and though it’s been amended over the years, it’s still the primary way that lawyers foreclose in Arkansas.

Arkansas’s title insurance industry used to be regulated by the Arkansas Title Insurance Agents’ Licensing Board. A licensing protocol was created by Charles to license title agents in Arkansas. He also served as an informal advisor to the board of directors. When regulation of title insurance was transferred to the Insurance Department in 2007, a new licensing process was created, and Charles assisted in the drafting of the initial licensing exams.

“I actually testified before a House of Representatives Committee once,” reminisces Charles. “They were reviewing a bill I’d written, and I testified as an expert.” Since his beginnings in law in 1984, Charles has represented builders, homeowners, buyers, developers, bankers, landlords, and tenants regarding residential and commercial real estate matters.

When asked how he ended up “The Title Guy,” he laughed and says, “Well, I’ve gotten pretty good at it. Title is a lot like putting a jigsaw puzzle together. And once you know how to put it all together, you can see what you’re missing and know where to get it. You roll with the punches.”

It’s solitary work, Charles admits, even though his name is on every title insurance policy homebuyers and mortgage companies get in the mail. More importantly, he’s the expert on all things title, whether they’re a tangled legal mess or not. “But nothing pleases me more than learning new things,” says Charles. “I’m always striving to get better and learn something new.”

We’re incredibly grateful to have such a talented attorney on our team. And next time you’re in the ATG office, poke your head behind the curtain and say “hi” to our “Title Guy”!