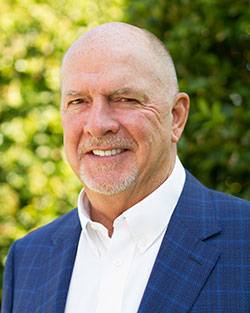 Jack Harvey is the Director of Attorney’s Title Group, LLC and holds an Arkansas Real Estate license. Jack received his degree in Electrical Engineering from the University of Mississippi, where he served as President of the Engineering School student Body and Vice President of the Sigma Chi fraternity. Upon graduation, he worked in computer sales for IBM in Memphis, TN.

Following several years of experience with IBM, Jack ran three different computer leasing companies, and eventually returned to Arkansas to form his own company, Enterprise Financial Solutions, Inc. After 18 successful years at EFS, he sold his interest in the company to transition into new ventures, including his role as Director at Attorney’s Title Group.

Jack has been a Rotary Club member for 15 years and loves the idea of service above self. He has also served as Chair of the Homeless Committee. He served two terms as Senior Warden at Trinity Episcopal Cathedral Church. Most recently, he and his wife, Jennifer, served as Co-Chair of the Saints and Sinners Gala, the fundraiser for the Arkansas Repertory Theater. He is an active member of Leadership Little Rock and has formerly served on its Alumni Board. He is also an active member of the Central Arkansas Executives Association, where he previously served as President.

Jack and his wife, Jennifer, have been married almost 20years, and he has two stepchildren, Robert and Jillian. Jack and Jennifer are active members of Trinity Episcopal Cathedral Church and they very much enjoy traveling around the globe together.