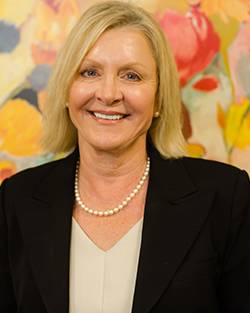 Bio: Jennifer Wilson-Harvey is the Managing Partner, and a member of the Executive Committee of Wilson & Associates, a three-state law firm dedicated to the representation of the real estate and mortgage banking industry in Arkansas, Tennessee, and Mississippi.

Ms. Wilson-Harvey received a B.S. from Louisiana State University and an MBA and J.D. with Honors from the University of Arkansas at Little Rock. She was admitted to the Bar of the States of Arkansas and Tennessee in 1999 and Mississippi in 2017. Her other affiliations include membership in the USFN, Little Rock Realtors Association, Pulaski County and Memphis Bar Associations, Arkansas and Tennessee Land Title Associations, American Legal Financial Network (ALFN), the national and Arkansas chapters of the Mortgage Bankers Association, Association of Real Estate Owned Managers (REOMAC), the YPO Gold Arkansas Chapter YPO Gold (formerly World Presidents’ Organization, or WPO), the Arkansas Chapter of International Women’s Forum, the Aesthetic Club, the Vestry of Trinity Episcopal Church, and she is a sustaining member of the Little Rock Junior League.

Ms. Wilson-Harvey is a licensed Arkansas Real Estate Executive Broker, an Arkansas Resident Title Agent, and a Tennessee Title Insurance Agent. Prior to joining Wilson & Associates she worked as an investment manager and holds a Chartered Financial Analyst designation (CFA).